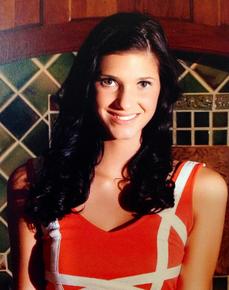 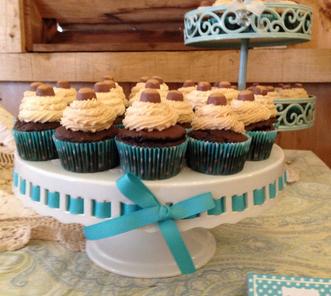 ...has been cooking and baking since she was 6 years old.  Anna attended Tusc Central Catholic High school and created beautiful cupcakes for her brother Robby's graduation party.  People were so impressed with the taste and appearance of her cupcakes, that Anna started receiving requests to bake for other parties.  She was 16 years old at the time, and started her own business, "Cupcakes by Anna".  Today she does fundraisers, weddings, showers and other events.  Presently, she attends The Art Institute of Pittsburgh, Culinary School.  She specializes in baking and pastries and has excelled in all of her classes.  She's received The President's Award every quarter, which is presented for all A's.  She was recently asked to prepare desserts for the James Beard Awards banquet in Pittsburgh, which is a great honor.  Anna graduates in September 2014 and will be opening a bakery/breakfast/lunch café, "What's Cooking Café".  Anna truly has found her gift and talent and plans to share it with all of Tuscarawas County.  Her restaurant will be located in the former Goshen Dairy building located at 139 2nd St NW, New Philadelphia OH  44663.

"When you need something sweet, you go to Cupcakes by Anna. I ate one of her strawberry cupcakes, and I assure you if it rolled off a cliff, I would jump to save it." - Jerry Graham, New Philadelphia, OH